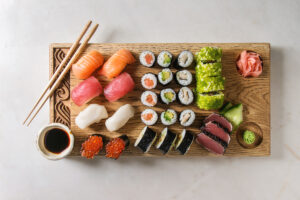 Once only eaten at special occasions in Japan, sushi (pronounced sue-she) can now be found all over the world. In America people used to be squeamish about eating raw fish, but now they love to sit down at the counter of their local sushi bar. 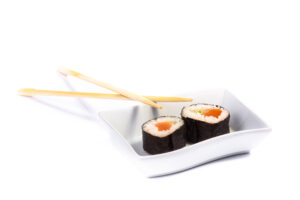 Sushi began as a way of saving fish so it could be eaten later. The fish was salted and put on rice seasoned with vinegar. At first, the rice was thrown away, but the Japanese began to eat the rice with the fish and then started adding other ingredients.

Sushi comes in many forms:

At some restaurants, sushi is even served on a moving belt where you get to pick out what you want as it moves by. Some sushi chefs show off by arranging and rolling the sushi filling to create works of art. 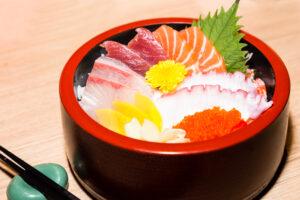 If you still don’t know if you want to try sushi because you don’t think you’ll enjoy raw fish, start with ingredients that you know – like cucumbers or pickles – and build from there. Just watching the sushi chef prepare your meal can be a treat all its own!