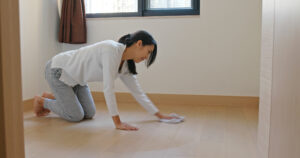 In North America, Christmas is one of the biggest holidays, but in Japan the most important holiday is Oshogatsu, the celebration of the New Year.

Oshogatsu is spent with family. The New Year’s holiday lasts for a week of December 28 through January 6. For Japanese Americans, this time of the year is full of rich traditions.

Osoji (“cleaning”) is part of the Oshogatsu ritual – a Japanese equivalent of “spring cleaning.” This happens at the end of the year because the Japanese believe this is a good time to make a fresh start for the coming months.

Once the house is clean, cooking begins for the traditional New Year’s meals. On New Year’s Eve, soba noodles are served just before midnight and eaten as the New Year arrives. 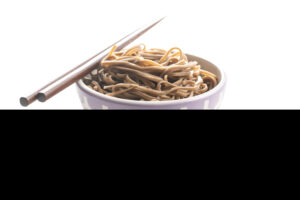 On New Year’s Day, two traditional types of Japanese meals known as O-sechi ryori and O-zoni are served. O-sechi ryori has foods likes shrimp, seaweed, eggs, chestnut, and pork, all of which are considered to be good luck.

O-zoni is a mochi soup cooked with vegetables and other foods. The ingredients may change depending on a family’s recipe, but mochi (rice cake) is always there. O-zoni is the first meal of the new year, because it insures a happy year to come.